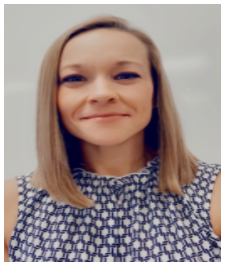 Dr. Beth Penley to be the new Assistant Superintendent of Operations for Newton-Conover City Schools.

It is with great enthusiasm that Newton-Conover City Schools announces Dr. Beth Bradley Penley as the Assistant Superintendent of District Operations. Dr. Penley will oversee a variety of departments and processes that are essential to the normal functioning of the school system. She has a wealth of diversified experience that will be vital for Newton-Conover. She currently serves as Principal of Asbury School as well as the School Counselor Coordinator for Lincoln County Schools.

Prior to this role, Beth worked in the Iredell-Statesville Schools where she spent 11 years as principal serving Statesville High School as well as Monticello Alternative School. While serving as principal of Monticello School, Beth also served as the school district’s Director of Alternative Learning Programs. Her administrative experience began at South Iredell High School where she served as Assistant Principal. Prior to holding administrative positions, Beth served as a School Counselor, PBIS Coach, and Student Assistance Program Coordinator for Iredell-Statesville Schools.

Beth is a native of Connecticut and originally came to the state of North Carolina to attend college at the University of North Carolina at Chapel Hill. She continued her education at North Carolina Central University where she received a master’s degree in counseling. After spending several years as a school counselor Beth pursued her licensure in school leadership from Gardner-Webb University. She then went on to Wingate University where she received her Doctorate in Educational Leadership. Dr. Penley is a resident of Conover and an avid runner. She will join Newton-Conover City Schools in late June.