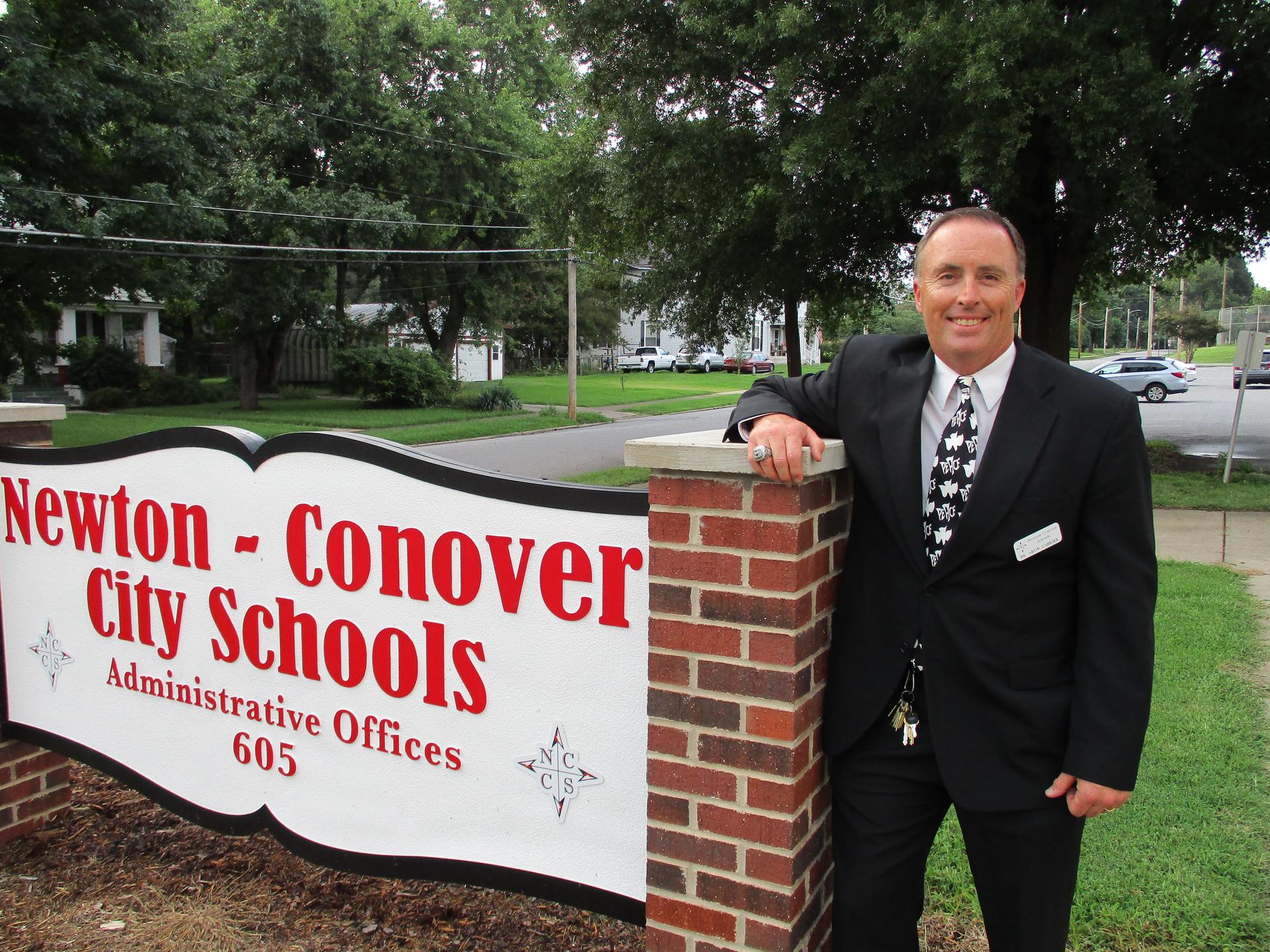 Dr. Gabriel served as Associate Superintendent of Newton-Conover City Schools and held that position since 2013. He has overseen district operations, auxiliary services, alternative education, and the district’s Career and Technical Education (CTE) Program.  He has also served as a principal with Iredell-Statesville Schools and was named the Iredell-Statesville Principal of the Year in 2008. Dr. Gabriel has also served as an English teacher and basketball coach at Bandys High School. He earned his doctorate in Educational Leadership from Western Carolina University in 2012, Ed.S. in Educational Leadership from Appalachian State University, Master’s degree in Curriculum and Supervision from UNC- Charlotte, and Bachelors degree in English Education from Montreat College.  Dr. Gabriel was also inducted into the athletic hall of fame at Montreat College in 2002.

“The selection of Dr. Gabriel as superintendent brings consistency and continuity with our district’s recent accomplishments,” said Mark Pennell, Newton-Conover City Schools Board Chair, “and he also has the vision to take our district to the next level.”

“ Newton-Conover City Schools has had a profound effect on me both personally and professionally. I came to this school system five years ago searching for a place that I could put down roots and call home. I quickly realized that the culture in this district stressed nurturing, personalized learning, and offering multiple routes for students to grow and reach their potential.  I couldn’t imagine my children being anywhere else. My hope is that I can in some small way contribute to the lives of the students and staff in Newton-Conover as they have contributed to mine.”